When I was 13 years old, I took my younger brother’s skateboard for a ride. Not really having any skills, balance or business being on such a thing, I rode anyway. Slow and wobbly to start, I soon found my footing and picked up speed. As I curved around a park on a paved path, I remember thinking, “Hey! This isn’t so hard. Maybe I should do this more often. Maybe this should be my thing. I should skateboard.” I’m sure what followed next in my mind was visions of the cool skateboarding friends I’d make and, more importantly, the new awesome wardrobe that would come with such a hobby in 1985. Visions of Vans and Jams danced in my head or clearly something did as I hit a tree-lined section of the path lost control of the board and landed on the pavement squarely on my tailbone. The tailbone bruise is a special kind of hell that nothing can extinguish. I even used this bump on my backside as an excuse to get out of a myriad of unsavory tasks for years to come- “I’d love to take that geometry test but my tailbone has rendered me useless.” Anyway, I tell this story not to inspire you to fall on your tailbone and get back up again. No. I’m taking this bumpy trip down memory lane to remind myself that every time I start to believe I’ve got it down and don’t need help, I fall on my ass. 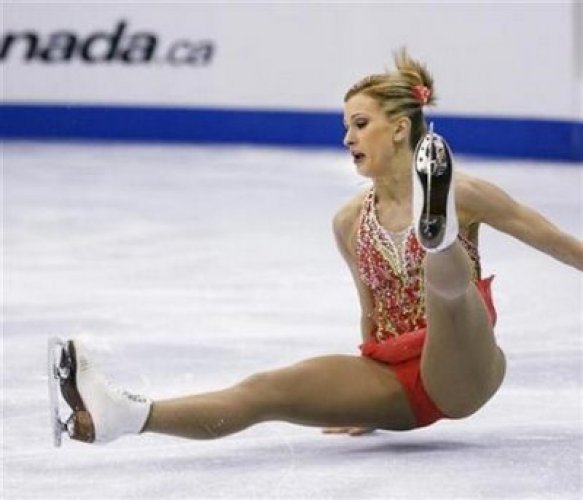 I’ve recently started a new gig which routinely places me in a line of fire of not knowing everything, asking questions and making a ton of fuck ups. Luckily, I’m not diffusing bombs or doing heart surgery. But still, it’s embarrassing. After years of working alone in my pajamas, I’m now expected to show up, play by somebody else’s rules and operate in a totally foreign environment. Yesterday, I just couldn’t get anything right. Even simple stuff and the more frustrated I got, the worse things became. And before I knew it, the afternoon and my work in it was a comedic hot mess.

This shit show of a shift came as a surprise as earlier in the day, I thought, “Hey! This isn’t so hard. They’ll probably want me to be in charge here.” And just like that, I was back on my tailbone. Ouch.com.

My first instinct is to beat myself for not being perfect which is ridiculous. I’ve only done said gig 4 times and sporadically. And I’m a human being. I screw up.  It’s kind of what we do. Worse case scenario is these little errors really tick them off and they ask me not to come back. That would suck for sure but it wouldn’t be the end of the world. This is a highly unlikely outcome for my screw ups but if it happens so be it. Falling on my ass hurts the tailbone but for extreme narcissists like me it really bruises our gigantic egos. And thank god for that. I need a steady stream of messages in humility that say, “Slow down. It is okay if you don’t know everything.” Bruises don’t get better if I dwell on them, however. The best I can do is let myself fall, learn from my bruises and then finally pick myself up and do it all over again. 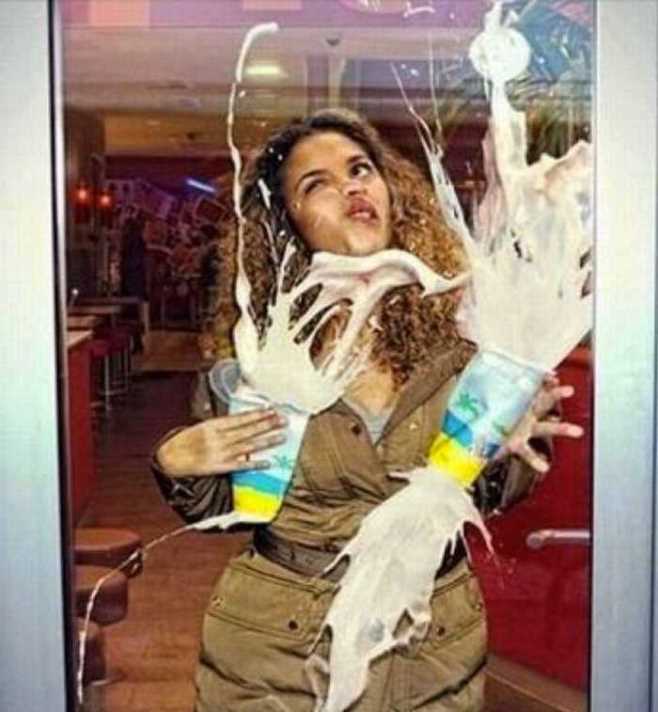 “Oh my god!” is what came flying out of mouth. Not, “Are you okay?” or anything of the compassionate nature. Just a good old-fashioned OMG followed by a “Fuck!” And judging by what I witnessed, I think in hindsight these were the proper responses. As I took a morning walk through the park on my way to a meeting the other day, I heard that noise. You know that painful crash reserved for people walking into glass doors or banging their heads on car doors or falling down a flight of stairs. This particular blood curdling clang was caused by a girl on a bicycle who had ridden face first into a steel sign. This sign which apparently came out of nowhere for the rider is the standard “no littering, hours of operation, blah, blah, blah” thing meant to help parkgoers. In this case, however, all the sign helped do is knock this young lady off her bike. As the bike wrapped itself around the sturdy signpost, her face smacked directly into the sign causing the aforementioned noise. So dramatic was the sound and entire accident, a couple walking their dog ran over to help the girl up. Crumpled, embarrassed and a little bloody, she was helped back up and on her bike where, and this could only happen in Denver, she relit her joint and peddled away.

As I kept walking, I wondered if she’d even remember the entire affair later. Personally, I know had dozens, if not hundreds, of ouch moments while inebriated and probably even more that I don’t remember. I’m not the most coordinated soul in the best , most sober situations so add any kind of chemical to my system and some falling down is bound to happen. Stairs, specifically, were my longtime nemesis. Falling up or down them while completely shitfaced was kind of my speciality. After a long night of drinking, tumbling up or down the steps to my apartment became not that big of a deal. Yet it was a painful, midday slide down their stairs after I’d been asked to leave a barbecue where I’d drank myself into a coma at like 2pm in the afternoon that would be my last drunken, stumble down the stairs.Of the hundreds of times, I’d made an ass out of myself this one stung the most. Not only because the fall itself was incredibly painful- I bounced on my ass down concrete steps into an unforgiving wrought iron door. But because it felt like a new low. My drunkenness had officially crossed over into the pathetic-guy-who-gets-blackout-drunk and ruins a barbecue territory and I wasn’t coming back. It took me another 4 months– and some other huge disasters to finally pull my head out of my ass and get help.

Now, that was my last drunken tumble but last time I fell down some stairs, I was sober. Newly sober in fact. I was crying on the phone to my mom, as I did pretty much for the first year of sobriety, and it was pouring rain like it does in February in Los Angeles. I was calling her from the campus of Santa Monica college where I had recently enrolled in school. As I hung up with tears in my eyes, I missed a step and went flying down the stairs, cutting my hand open on the sidewalk. A trio of well-dressed African-American girls with chic umbrellas came running over, “Are you okay? You fell pretty hard!” they said. I nodded and mumbled something and ran out of there. Aside from wanting to die, I was okay.

Why I felt compelled to talk tumbles today, I have no idea. Maybe I needed the reminder to help other people who fall down. Maybe I needed to feel grateful that my days of drunken calamities have been over for a while. Or maybe I just needed to remember that everybody crashes and gets back up and rides off. With or without a joint dangling from their lips.

I’m a crier, I’ll admit it. When my husband and I were first dating and he came to visit me in Los Angeles, I took him to see Waiting for Superman. I spent the last ten minutes of that film softly crying. Poor guy probably thought he was dating a person who forgot to take their meds. As he got to know me, he  discovered I’m just a crier. That’s who I am. And thank God.

Two years ago, I was spending a lot of time going across town on a bus to get to school. I would listen to my iPod and cry the entire 60 minutes it took to get from downtown to Santa Monica. I was in school five days a week and there wasn’t a day during that first semester that I didn’t cry. My relationship had ended but we were stuck living together at a friend’s cramped apartment and I was trying to stay sober. Sometimes, the tears spilled off of the bus. One day, I called my mom from campus. Naturally, I cried about my life and about how hard it all seemed. She listened and cried too. She got it. My mom lived through an alcoholic marriage and two alcoholic children. But she encouraged me and cheered me on during that phone call. It was raining that day and I felt like I better get off the phone and head inside. We said goodbye and I started to descend the steps I was standing on. Upset and disoriented, I wasn’t watching myself and I slipped and fell on the slick steps. I bounced and landed on the pavement. A trio of hipper-than-hip black girls who looked like they should be in a magazine and not at a community college rushed over to my crumpled state. “Are you okay?” and “Oh my gawd! Did you hurt yourself” is what they cried out, generally concerned given the dramatic nature of my fall to Earth. And I meekly mumbled something like “Yeah. Thanks.” I pulled myself up and ran inside the library for more crying.   That day, I remember wondering if I was ever going to stop crying or if sobriety meant I was doomed to a life of tears and falling down in front of cool people.

The whole thing seems comical now and embarrassingly perfect for that time frame of my life. And today crying is a release and shows that I’m alive and able to be emotionally moved by things. Like when saw Hugo on Christmas day, my husband and sister both saw me crying and sort of nodded to one another. They know I’m crier. That’s just part of who I am.