I write about writing over at Keep Writing! and thought I’d share this post with you kids. Once I get thru tech week for my new show, I’ll have LOTS to share about and can’t wait to do so! xo- s.

I have no idea how love works or how it shows up or why it turns us into crazy people or better people but we are certain that it does. And we’re all glad it does its magic. The moments that I trust love to do its thing are always moments I’m glad for. I have been told by bigger and more  spiritual minds that we have two choices everyday, to live in love or to live in fear. This simple but not easy to practice philosophy works big time with writing. Fear can derail novels, knock down screenplays, erase pages of poems and wipe out entire projects. Fear is what keeps most of us from putting words on the page. Fear is that voice who reads our drafts and screams, “That’s horrible!” Thank goodness for love. Love does the exact opposite. Love lets us feel like our writing sings…

My life would make the worst “very special episode” ever. You remember those. A family sitcom or kids show wherein a lead character makes a serious mistake, learns an important lesson and vows to never make that mistake again. Sometimes these lessons were so ridiculous, they become iconic for how silly they are and not really for their powerful message. Jessie and the caffeine pills on Saved by the Bell, anyone?

Other times the “serious issue” itself was so bizarre that it made you question how necessary the entire exercise was. Monroe’s rape and abduction on Too Close for Comfort illustrates this quiet well.

But it didn’t matter if it was Blair smoking weed on The Facts of Life or Punky Brewster shoplifting, the whole mess was always cleared up in 30 minutes (sometimes 60 if it was a really, really special two-part episode.) This is where The Sean Show tanks at very special episodes. See, no matter how many years I have sober or how enlightened I become, my problems are rarely solved in 30 minutes and most of them come back. TV executives must have figured out early that watching a person do the same thing over and over again isn’t entertainment, it’s insanity. although my own experimentation with caffeine pills, wine coolers and a junior high dance only happened once. Jessie would be proud. I mean why mess around with No Doze when you can have cocaine? Now, I’m moving into Kelly Taylor territory.

Anyway, my own issues are thankfully of the” normal, boring and wouldn’t make for a good sitcom” variety these days. Even more undramatic is the way my problems get solved (or don’t get solved as the case may be). Very special episodes of The Sean Show, much to the dismay of television viewers everywhere, would end with me sitting at the kitchen table having a glass of warm milk like they do in TV World and saying “I don’t know” after the kind dad/concerned coworker/mom in fuzzy bathrobe asked me how I was going to handle the problem du jour. Roll the credits and the theme song. Really. That’s my answer to all the life problems I get these days. I don’t know. I don’t have the answer. And I don’t have to. By saying I don’t have the answer or know how to fix my problems or the world’s problems, I’m free to be open to real solutions and ideas that the universe will provide even if I don’t have a very special guest star or feature a hotline at the end of the broadcast. Not knowing, to me, means I’ve admitted I need help from a bigger authority. When I’ve reached the place of I don’t know, it means I’ve admitted my ideas won’t work. This is what enlightenment tends to look like in my life today. Not knowing. Who would have thought?

I’m reminded acutely of how little I know when senseless tragedies like the one which happened at the Boston Marathon yesterday. I don’t know why anyone would do that. I don’t know who would be behind such a thing. I don’t know how people rally and take care of each other during these moments. I don’t know how to even process these kinds of things most of the time. But I do know that we’ll get through it. I do know that, contrary to the mounting evidence, people are good. To quote the theme of another sitcom that was far too smart to ever need a very special episode, love is all around and we are going to make it after all.

“Acceptance,” he said “seems like a great topic for today.” Insert the inner eye rolling and deep annoyed sighing from your’s truly. My response is primarily due to the fact the every freaking meeting I go to lately someone wants to talk about acceptance. I’m not sure why. I mean I couldn’t accept life so I drank to make it more acceptable. Moving on! And yet everybody has a list of things they have trouble accepting and they of course want to share about them. In short, I’m having a hard time accepting acceptance. 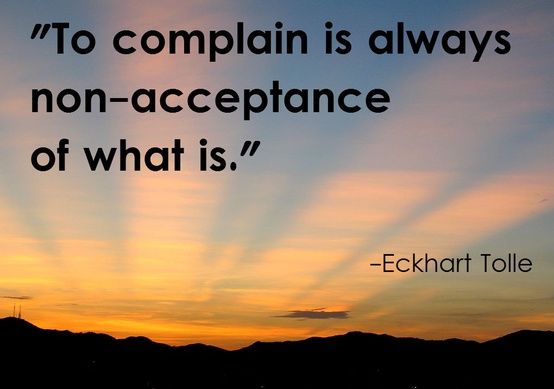 Listen, I can accept a lot of things. I can accept that I’m an alcoholic and addict in recovery. I can accept that I won’t ever be a 6’2 olive-skinned matinée idol. I can accept a political system that I don’t agree with. I can accept that I am HIV+. I can (begrudgingly) accept that I am 40-years-old. I can accept that everything that’s happened up to this point has had a purpose and has played a part in shaping my life today. But other people? Well that’s when my ninja-like acceptance powers falter. In the serenity prayer, we pray for to accept the things we cannot change. Most of the time, I take the ‘things’ in question to mean the assholes who won’t do exactly what I want them to. They’d be so much happier if they just lived their lives in like I think they should. People,right ahead of volcanic rocks and our collective obsession with redneck reality television shows, are certainly things I cannot change. I was told not long ago that Sagittarius is the most controlling sign on the planet and considered to be bossy and unreasonable in the worse case scenarios. I wish I could say “That’s a boldface lie!” but judging by myself and my crazy controlling ass, its pretty much true.  From the way you mash potatoes to the people you date, I can almost guarantee that you are doing it all wrong and that I have a better way. Obviously this is not a pretty quality in a person so naturally this topic of acceptance keeps surfacing for a reason.

Accepting and loving people for who they are instead of beating the crap out of them for who they can never be is the real secret ninja power here. Being married helps me get better at it though. Working as a playwright in a world where dialogue gets tossed out, scenes get rewritten and actors vanish also helps me improve my acceptance skills. Editors who cut my best jokes, a cat who pukes on my steps, buses that show up late and even meetings where they talk about topics I’m sick of, are all great opportunities to practice this acceptance stuff. I find accepting the things and people and vomiting cats I cannot change gets easier when I love and accept myself too. When I stop and feel grateful for the life I have all the other stuff that isn’t going my way doesn’t seem like that big of a deal. But seriously.  Can we talk about something else for a change?